There are no upcoming events at this time.

Behind some of the world’s most powerful missiles is a tiny, precision-wound component that ensures the payload reaches its target. And behind these components is a New Hampshire-based company, Airex, that, with help from several Small Business Innovation Research contracts, has risen to the forefront of commercial and military motor development and manufacture.

Founded more than a half-century ago by plastics pioneer Richard Sedgewick, the company found its feet creating epoxy molds into which it fixed copper coils, creating small, precise motors that could be used in everything from surgical instruments to wafer repair, molecular IR absorption spectrometry to nuclear missiles.

“These things, in some cases, go around and around, and in some cases they go back and forth, but they always have copper wire,” said Jim Sedgewick, Richard’s son and current Airex president.

Following the first-generation Sedgewick’s lead and starting in the 1960 and 1970s, the company found a home in aircraft, implementing its mechanical gyroscopes into commercial planes and short-range missiles. Around the same time as President John F. Kennedy famously announced the United States would land on the moon within the decade, Airex was hard at work at Raytheon and in the Charles Stark Draper Laboratory (formerly a research lab based out of MIT) developing the electromagnetic components that would power the guidance systems for nuclear missiles.

“The military help to develop the technology in the 1990s gave us the commercial applications, which in turn has given us enough ongoing business to serve the military needs.”

With a range of more than 7,000 miles, the famous Peacekeeper and Trident missile systems developed by the U.S. military require state-of-the-art guidance programs. These high-precision programs necessitated the development of custom magnetic components, a void that Airex eagerly stepped in to fill. Their efficient design featured automated manufacturing, insuring precise unit-to-unit repeatability. Later, the company applied this evolving technology to highly efficient actuators that could help guide aircraft missiles while using less energy than traditional components. 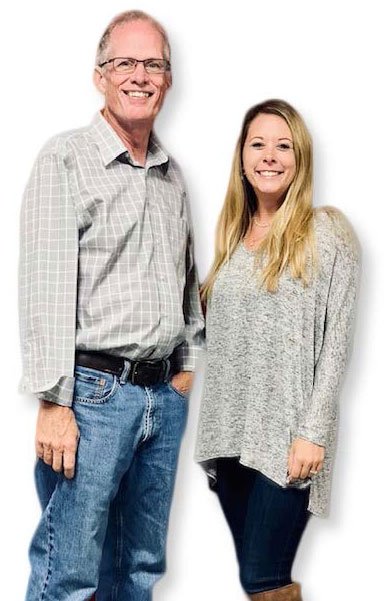 Growing up, Jim Sedgewick had watched his father mold the company into a versatile design powerhouse, pivoting from plastics to electromagnetic actuators. In 1988, the senior Sedgewick handed the reins to his son who, by that time, had established himself as an adroit businessman.

Under Jim Sedgewick’s guidance, the company further refined its technology, deploying the automated winding of the copper coils to a manufacturing floor that featured the highest quality levels to insure repeatability and consistency for its motors. The company was also able to upgrade the density of the copper itself, making for components that were both more powerful and more versatile.

In the mid-1990s, Airex went through its first SBIR contract process. The company saw an opportunity to commercialize the same technology it had long used for the military. The SBIR funding, Sedgewick said, was crucial — particularly at a time when defense budgets were tightening. The company struck gold with one of its first commercialization efforts, contracting with medical equipment giant Stryker Instruments to help build miniature motors for operating room tools such as bone drills, bone saws and pin inserters. With their uniform, consistent torque, Airex’s lightweight motors proved perfect for surgical applications. The automated manufacturing systems — developed with the help of the SBIR program — made commercial deployment possible.

The company has since worked with Northrop, Lockheed, Honeywell, Raytheon and General Dynamics to deploy this technology across multiple defense platforms.

“There’s been huge commercial interest in the motors,” Sedgewick said. “It’s basically one of the best performing parts of our business.”

The dual-use relationship between the military and commercial sides of the business has been a reciprocal one, he noted, where each side benefits from the other.

Airex continued to obtain SBIR funding into the early 2000s, including two large Phase II contracts to develop more technology for the U.S. Air Force. Some of this included preliminary work on a magnetic bearing-style motor that Sedgewick believes could one day replace more traditional copper counterparts.

“There are other technologies, but regardless we believe there is a place for this tech going forward,” he said. “We think there really is a demand for high-end components, whether that be magnetic bearing-type components or motor components.”

In keeping with Airex’s history as a family company, Sedgewick’s daughter, Lindsay Badger, recently took over as general manager. With her extensive experience, Badger hopes to move Airex into a future beyond mechanical-style gyroscopes while remaining grounded in the high-quality tech and diversity of applications that has served the company well.

The SBIR program provided foundational financial and networking support that Sedgewick called “absolutely fundamental” to companies, no matter their size or ambitions. Having access to resources that can help develop new technologies is critical to small business, and drives increased performance for both military and commercial application.

“(The SBIR program) sustained us through those couple years which were very tough on the commercial side,” he said. “There’s still a fundamental need for development in this country that will bridge to the next technology. The diversity provided by the SBIR, in the same way you diversify your stock portfolios, can really be helpful for a company.”